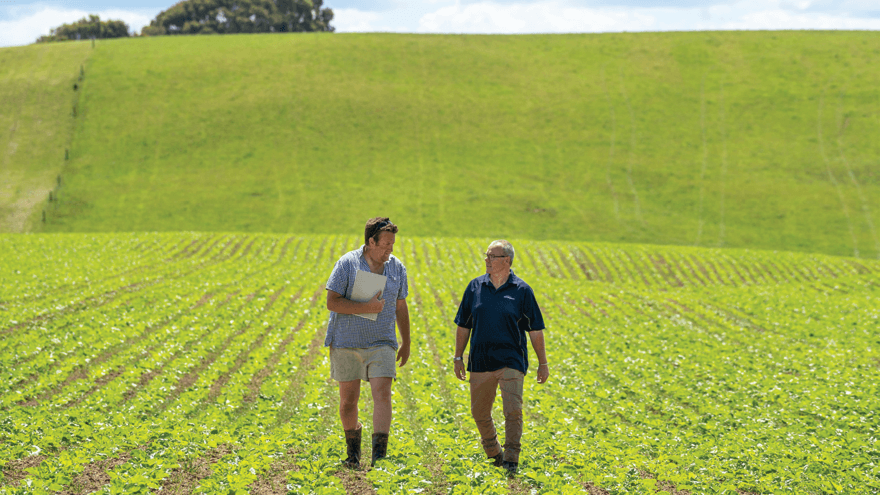 Richard Blackmore says crop yields have literally doubled on the family dairy farms; a result of implementing advice on cropping and weed control from the team at PGG Wrightson.

On the farm, 80 hectares (ha) are cropped for winter feed: 20 ha fodder beet, 20 ha swedes and 40 ha kale. Pasture is a mix of ryegrass and red and white clover, with 70 ha re-grassed annually.

Weed challenges include wild turnip and thistle, while crop rotation is another challenge. “Putting so much of the farm into crops, we go around too quickly,” Richard elaborates.

The Blackmores farm strategically. “We are generally careful, though open to new ideas and products. We like to be 100 percent confident in what we invest in.

“To that end, we enjoy a good partnership with PGG Wrightson, who not only provide sound advice but also have our business at heart, helping us to maximise output cost effectively with products that will work in our unique situation.”
Technical Field Representative, Allister Gauldie is on-farm weekly during cropping, PGG Wrightson Seeds Extension Agronomist and Nutritionist, Wayne Nichol is involved in bi-annual crop planning, while the Wyndham store team – Russell, Corrina and Joelene – Richard says are “always friendly and reliable.”

“Allister is a top man,” continues Richard. “He provides constant support. Quite often we won’t even know he’s been on farm, but he’ll ring and report on the crops with a ready recommendation. If there’s something he’s not sure about, we know he’ll look it up.”

The winter crops have seen big changes over the last six years, starting with the Cleancrop™ Brassica System.

“This system is ideally suited to Southland, which is plagued by wild turnip,” says Allister. “We can effectively achieve weed control at sowing, where previously wild turnip would choke the crops.”

Thistle is effectively controlled with a timely application of a mix of herbicides.

And three years ago kale was introduced, adding an extra year to the crop rotation.

Richard says they have made considerable gains as a result. “The brassica system was a breakthrough. That, combined with the regular crop monitoring service and sound advice from Allister, has enabled us to pretty much double our Dry Matter (DM) yield.” 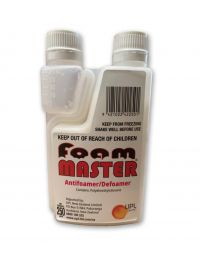 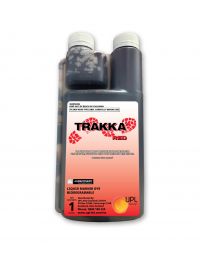 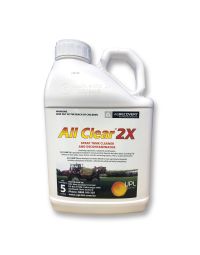