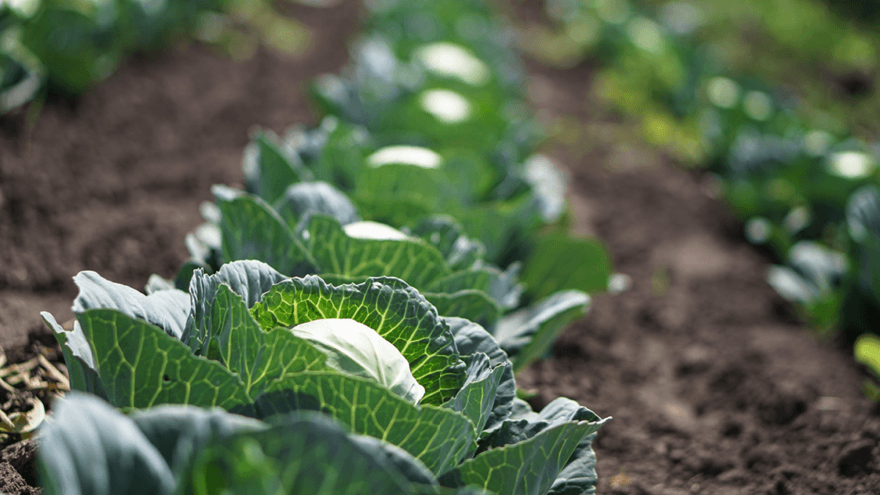 Help is at hand this season for vegetable and leafy brassica growers whose crops are at risk of clubroot infection. Amishield®, from Nufarm, is a contact and protectant fungicide for use as a seedling tray drench applied immediately prior to transplanting.

The newly available fungicidal treatment has been proven to mitigate yield losses caused by the disease, even on land with a history of clubroot. It also provides an alternative Mode of Action (MOA) for clubroot resistance management.
Nufarm Development Manager, Alan Cliffe, says several years of trials (between 2012 and 2016) on a Pukekohe site specifically chosen for its history of severe clubroot in brassica crops have shown encouraging results.

“We’ve been able to demonstrate improved yields for seedling plugs treated with Amishield, compared to both untreated and conventional treatment, even when disease is present.”

This is because the active ingredient in Amishield – amisulbrom – creates a protective zone around seedling roots from the time they are sown, killing motile zoospores of the clubroot fungus before they can attach themselves to the root hairs.

Roots which grow outside the treated plug can still be infected with clubroot if spores are already in the soil, but the plants effectively have a head start against the disease from day one, which reduces the impact of infection.

Alan says using Amishield does not eliminate the potential need for additional clubroot control measures under severe disease pressure, especially for crops that require two to three months to reach maturity. But the protection provided by the seedling tray drench generally improves crop yield. And this is a key benefit of Amishield to help counter clubroot, the most serious disease in New Zealand’s brassica growing areas where it reduces marketable yield and, sometimes, totally destroys crops.

The Pukekohe trial site, with its history of clubroot, has provided critical real-world evaluation.

“In some of our trials, Amishield treated plants still had a relatively high clubroot score at harvest, because the site was infected. However, those plants also showed a significant yield response compared to both the untreated control, and a standard pre-plant incorporated fungicide.

“This is due to the improvement in root development, especially of the root hairs, within the treated zone when the plants are establishing.”

The difference was obvious on hot summer days, when rows of untreated plants were wilting alongside rows of treated plants, which were not.

“One way of managing clubroot is to rotate brassica blocks, but the resting spores are very long-lived in the soil, viable for up to 20 years. Brassica weeds and crucifer crops like mustard also carry the infection. It’s not always possible to select clean ground for cabbage, broccoli, leafy brassicas or other susceptible crops, particularly for smaller growers with a finite area of available land.”

The launch of Amishield means growers no longer have to rely solely on broadcasting or strip treating fields with other preventative compounds. Amishield can easily be applied in the nursery or on-farm before transplanting, and can be tank-mixed with thiamethoxam and chlorantraniliprole insecticides if required.

Amishield is the first formulation containing amisulbrom to be released in New Zealand and belongs to FRAC Group 21 (Qil fungicides). It comes in a water dispersible granule (WDG) formulation that is easy to mix and measure, with an efficient low dose rate of 20 g/1000 plants. It has little systemic activity, and little soil movement and poses low risk to earthworms, birds and pollinators.