Croplands Equipment, a spray equipment company founded in New Zealand, now exports to the world and is celebrating its 50th year of operations in 2022.

Founded by Miles Deck in 1972, the company developed the now market-leading Cropliner airblast sprayer in response to New Zealand’s horticulture boom and has since grown to become one of the most popular sprayer brands on the market, servicing the horticulture, viticulture, arable, compact and home garden sectors in New Zealand, Australia and beyond.

Sean explains: “Croplands has a long history of delivering practical solutions for farmers, stemming right back to the development of the Cropliner in 1972. We pride ourselves on being resourceful and adaptable in meeting the needs of our customers, a trait Miles instilled in company personnel from day one.”

Max Spence, formerly National Manager of Fruitfed Supplies, recalls being a Sales Representative for what was then The New Zealand Fruitgrowers Federation back in the 1970s. He vividly remembers the company importing orchard sprayers from Europe.

“During that decade, there were rising prices alongside the frustration of oil shortages and the uncertainty of supply,” Max recalls.

“The year 1972 also marked the start of a productive and memorable, long term relationship between Croplands and Fruitfed when our management team, at that time, agreed to collaborate with Miles to manufacture and distribute an airblast orchard sprayer suitable for New Zealand growers and conditions. Over time the names Fruitfed, Croplands and Cropliner became synonymous with horticultural crop spraying, a fact that speaks to the heritage and deep knowledge now embedded in both organisations.”

Croplands was sold to Nufarm in 1988, but Sean says their team continues to be guided by the strong family values that marked the company’s beginning 50 years ago.

The development of the Croplands Quantum Mist sprayer was another example of cutting-edge technology evolving to meet the needs of customers. This technology was developed by George Eady in the Waimea Plains near Nelson and has continued to evolve for more than 20 years, helping crops and growers thrive.

“With its axial driven hydraulic fans, the Quantum Mist creates a turbulence among the leaves of vines or trees that produces unrivalled coverage and has been a game-changer in vineyard spraying,” Sean says. “The Cropliner also remains one of our most popular products, demonstrating just how innovative Miles’ original idea was.”

The collaboration with Nufarm and long-standing relationship with PGG Wrightson and Fruitfed Supplies means customers receive comprehensive support, from machinery purchase right through to application in the field.

“Together, we have a major focus on chemical stewardship,” Sean adds. “Our customers don’t just get a sprayer; they also get the best advice in nozzle selection and best practice spray application.”

The 50th anniversary of Croplands is being marked with the expansion of its Australian operation in Adelaide and several new product releases, with more detail later in the year.

Talk with your Fruitfed Supplies Technical Horticultural Representative about the Croplands sprayer best suited for your needs.

Article By: Supplied by Croplands 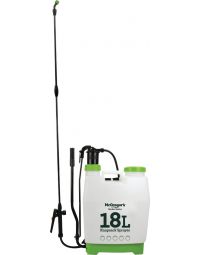 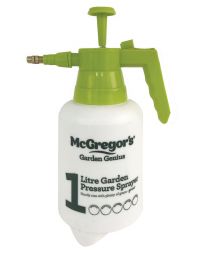