Triple combination drenches containing white, clear and mectin (such as abamectin and moxidectin) active ingredients are the most widely used oral drench formulations on sheep farms in New Zealand. White and mectin actives are also present in slow release products such as drench capsules.

These active ingredients have provided effective roundworm control for more than 35 years, and while combination products have extended their useful life, combination drench resistance including to triple drenches, is increasingly common.

Quarantine and exit drenching are essential components of any drench programme as a means of lessening the risk of resistant parasites establishing on a property.

A quarantine drench is an anthelmintic given to introduced livestock. Its purpose is to ensure new livestock do not introduce resistant worms to your property. All introduced sheep should be drenched and held off pasture for 24 hours before being allowed to graze contaminated pasture. A faecal egg count should be
conducted 10 days later to confirm the efficacy of this treatment. The quarantine drench should contain one of the newer or novel active ingredients such as derquantel or monepantel¹.

An exit drench is an anthelmintic given to sheep that have been treated with a long-acting drench or slow release capsule. Indiscriminate use of long acting or slow release drench products is recognised as a factor in the development of resistance to the actives in those products.

The purpose of the exit drench is to remove any worms that have survived treatment from the long-acting drench or capsule. This treatment ensures any resistant parasites are eliminated and cannot contribute to the development of resistance. The exit drench should contain different active ingredient(s) to those contained in
the long-acting drench or capsule. An exit drench should contain one of the newer or novel active ingredients such as derquantel or monepantel¹.

Zolvix™ Plus broad spectrum oral anthelmintic for sheep and cattle is ideally suited for use as a quarantine or exit drench. Always refer to and follow the registered label for directions and ensure good agricultural practices for optimal worm control.

Zolvix Plus combines monepantel, the only member of the ‘orange’ drench family, with abamectin, to provide control of sensitive nematodes. Zolvix Plus when used in sheep, controls worms that are resistant to macrocyclic lactones (otherwise known as ML or ‘mectin’ drenches, containing moxidectin), benzimidazoles (called ‘white’ drenches), ‘clear’ drenches (including levamisole) and salicylanilide (such as closantel). Zolvix Plus is also effective against AAD- sensitive immature (L4) stages of  Haemonchus contortus and Teladorsagia circumcincta where a combination of a macrocyclic lactone and derquantel is less effective.

To discuss the suitability of using Zolvix™ Plus as a quarantine or exit drench on your sheep or cattle, contact your local PGG Wrightson Technical Field Representative. 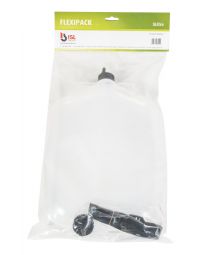 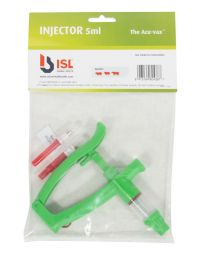 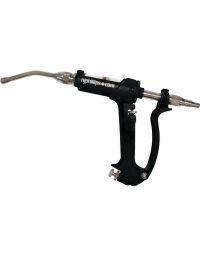