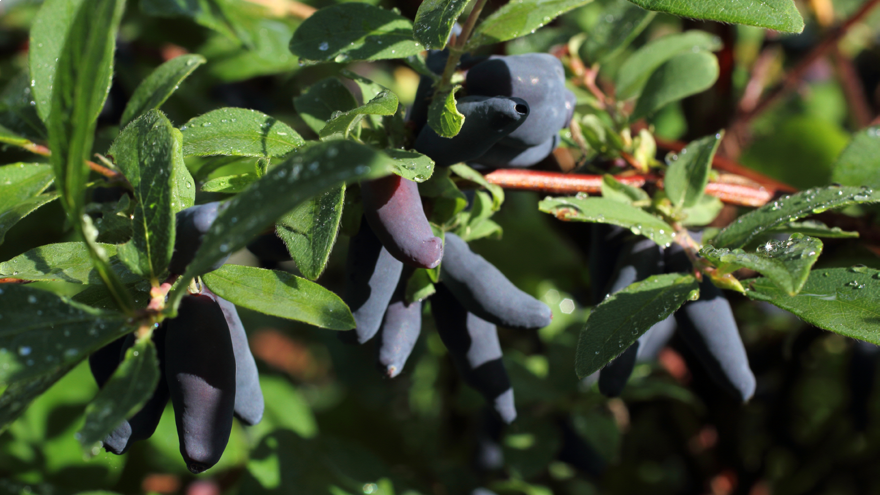 The South Canterbury region is an ideal location to grow blackcurrants and other berries. Now, 1500 haskap berry plants have been established to determine the best varieties to grow in the region.

Patsy and Don Deeks, their son Matthew and his partner Sophie grew the haskap bushes from seed, as part of their commercial berry enterprise called St Mary’s Berries in the settlement of Makikihi, partway between Timaru and Waimate.
Also known as honeyberries in some markets, haskaps are a blue-berried honeysuckle, Lonicera caerulea, and are now being grown commercially in several countries.

Patsy says they first came across the berry variety in Canada. “The taste of haskaps is nothing like honey, but when truly ripe they are sweet and closer to a combination of blueberry and raspberry.”

The Deeks sampled haskaps grown in the Okanagan Valley in British Colombia and thought this was something that could work well in the South Island's climate. Globally, the commercial driving force has been from the Canadians, specifically the University of Saskatchewan, where suitable cultivars have been bred to suit their local climate.

They aren’t the first New Zealanders to trial haskaps commercially, with growers in Nelson, Canterbury, Otago and Southland, and one block in the North Island. Growing from seed to find the varieties which grow well in specific locations is time-consuming. Despite this, it is the process that most growers have opted for, given costly biosecurity regulations that require six months’ quarantine for new plant cuttings or tissue culture clones.

Around 1500 haskap plants are now in varying stages of growth. Most are three to four years old and were planted out in November 2019 on the site around the old St Mary’s church which the family is currently renovating. The objective is to select the most promising cultivars with the best characteristics for optimum taste, ripening, yield and growth suitable to the local climate. “This year’s first small harvest was, for the most part, processed into a beautifully fruit-laden jam, which pairs superbly with a fresh sourdough!”

The Deeks are intrigued by the interesting and unique haskap berries which are quite delicate when picked but gain improved shelf life with refrigeration. “They’re fantastic fresh, but also delicious as a dessert topper or jam. They could be developed into a juice or smoothie additive, or even a wine or liquor.”

Haskaps offer a rich source of vitamins, antioxidants and polyphenols (which can be 5-10 times that of blueberries). With global trend towards superfoods and healthy lifestyles, there is potential to develop a mix of uses and products to showcase the haskap’s flavour and health benefits.

The berry bushes are similar to blueberries and are growing well on the Deeks’ two hectare property. “At this stage, they’re not covered so birds may become a problem. Initially we hadn’t rabbit fenced and found hares were damaging the plants. As well as haskaps, we are growing blueberries, boysenberries and strawberries, however there is considerably less information available on haskaps and their requirements. This is where our Fruitfed Supplies Representative Malcolm Duncan has been a great help. He has been a constant source of information and advice and has been exceptionally helpful along the way as we’ve embarked on the journey of establishing the berry farm from scratch.”

The Deeks have formed a family partnership to bring together their respective connections and skillsets to contribute to the project. Matthew and Sophie have been active in the establishment and continue to contribute as the operation moves toward production in the next couple years. “Now with several grandchildren, we hopefully have some summer pickers sorted!” 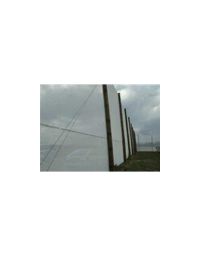