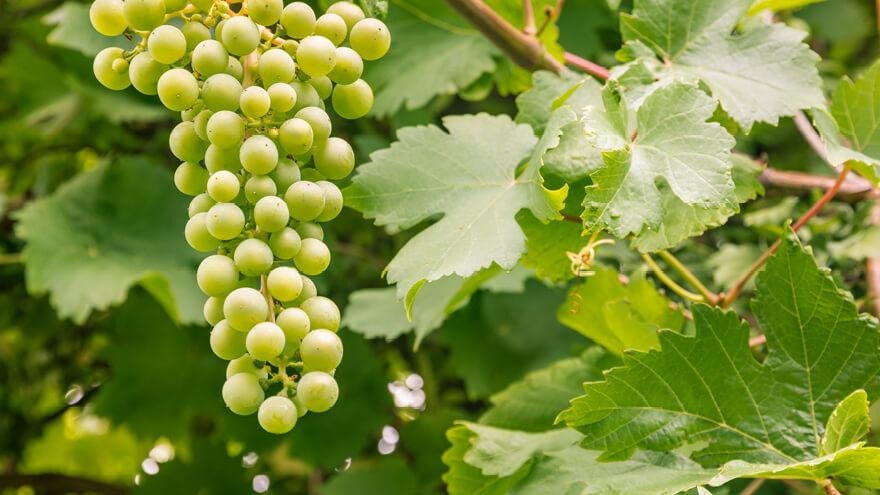 Effective, organic control of mealy bugs has become easier for some grape growers with the recent launch of a novel biopesticide than can be applied from pre-flowering through to pre-bunch closure and with a maximum of four applications a year.

Effective, organic control of mealy bugs has become easier for some grape growers with the recent launch of a novel biopesticide than can be applied from pre-flowering through
to pre-bunch closure and with a maximum of four applications a year.

Derived from a naturally occurring bacterium, Grandevo WDG has broad spectrum activity against sucking and chewing insects, and contains several active compounds that repel, stop feeding, reduce reproduction and cause mortality of the pests.

Alan says the Nufarm Research and Development team is collecting more data on Grandevo WDG this season, with new trials currently underway in Nelson and Marlborough. He’s particularly interested in learning more about the biopesticide’s potential impact on incidence of sooty mould as a result of reducing mealy bug populations.

Unlike Grapevine Leafroll Virus (GLRaV-3) which is clearly visible on red grape varieties but not on white grapes, sooty mould shows itself on both types of vine. Mealy bugs are implicated in the spread of both diseases, with potentially costly results. They spread GLRaV-3, which causes serious decline in vine health, reducing yield, delaying ripening and reducing fruit colour and flavour. They also excrete honeydew on which sooty mould can grow, reducing wine quality.

Meantime Grandevo WDG gives growers another option to incorporate into their mealy bug control programmes, with the advantages of being exempt from maximum residue limits provided it is applied according to label use directions. It is BioGro certified and is a low hazard to users and the environment.

The WDG formula contains 300 g per kg fermentation solids of the bacterium Chromobacterium subtsugae strain, which was discovered by the USDA-Agricultural Research Service and is licensed to Marrone Bio Innovations, USA.

Although it is a biological product, it contains no live bacteria, so it does not require refrigeration, but should be stored under cool and dry ambient conditions.
Nufarm began testing Grandevo WDG against mealy bugs on New Zealand wine grapes in 2012.

Alan says: “Trials¹ demonstrated the efficacy and consistency of a two spray programme, with sprays applied two to three weeks apart. The programme was effective when applied during the pre-flowering period, or between flowering and bunch closure.”

Grandevo must always be mixed with a suitable adjuvant such as Bond Xtra®, Protectorhml™ or an approved mineral oil.

It is compatible with wettable sulphur, but Alan says it’s important not to apply Grandevo WDG plus Bond Xtra and wettable sulphur in a tank-mix after flowering as fruit finish may be affected. It cannot be mixed with other fungicides, insecticides, or foliar fertilisers unless compatibility is known, nor should it be mixed with products that are highly acidic or highly alkaline.

“Because it is not systemic, good spray coverage is essential to ensure pests come into contact with Grandevo,” Alan notes. “The spray should target the bunches, the trunk and stems and both sides of the leaves, especially around the crown.”

Pre-flowering applications should be made when shoots are 20 to 50 cm in length and repeated three weeks later. These may be alternated in a programme with conventional insecticides effective against mealy bug.

For post-flowering use, make at least two applications three weeks apart between cap-fall and pre-bunch closure.

¹ 2012-19, Trials on control of mealybug in grapes with Grandevo by Fruitfed Supplies, Peracto, Peak Research and FieldTek in Blenheim and Hawke’s Bay.