Potato Tuber Moth (PTM) has been a significant pest in the Pukekohe region in recent years. Control measures have been successful on an individual grower level, but the team at Fruitfed Supplies Pukekohe recognised that a regional response was required to gather more detailed information and assist with controlling this pest and its impact on potato crops around the region.

The Pukekohe team launched a regional monitoring survey to identify pest arrival, development and spread across the region. Pheromone traps are used to monitor PTM numbers and Tomato-Potato Psyllid (TPP) populations are also being tracked with yellow sticky traps. The survey utilises Fruitfed Supplies Crop Monitoring scouts who deployed the first traps in late October in crops being grown by survey participants which include several mid to large growers.

Fruitfed Supplies Pukekohe Area Sales Manager, Andrew Luxmoore, says the survey is intentionally independent. “The survey is primarily an in-house initiative although we have had support from suppliers around the wider use of the information, and UPL, crop solutions provider, has helped with sourcing the pheromone caps used in the monitoring.”

Data is collected weekly with individual growers receiving their paddock information on the day of monitoring. Regional survey results are shared with all participants the day after all paddocks
have been monitored. Grower meetings offer another way to share and discuss the data.

Vegetable Technical Specialist Daniel Sutton says, “the data we get from this is highly valuable. It gives overall trends of pest and disease in a standardised format, allowing comparisons to be made between different growing areas within the wider Pukekohe region, growing practices and control strategies. It also means we can track the response to our recommendations and adjust crop management accordingly.”

The first survey data report went out to participants early in November, showing that higher than expected PTM numbers were present early in the season. This information helped growers, in
consultation with their local Fruitfed Supplies Technical Horticultural Representative, to make informed decisions around control measures and identify high-risk paddocks requiring particular attention.

As the survey continues through summer and into autumn, Daniel says a trend is starting to emerge. “We are finding growing areas, that are separated by only a few kilometres, are showing big differences in PTM and TPP numbers. This is really useful information for us as the numbers aren’t as consistent as we thought they’d be.”

The knowledge gained from the survey will add to the already considerable expertise the Fruitfed Supplies team have in terms of PTM lifecycle and modern control programmes. “In-field insecticide
control is only one facet of a robust control strategy. Our team is looking toward a more holistic pest management approach including companion planting to boost biological control agents,” Andrew explains.

“Management factors such as soil moisture, irrigation and overall mound integrity to better protect tubers are also a consideration in helping prevent PTM damage, as well as post-harvest storage. We are also working with our Research and Development team to identify new control options. Overall, a combination of these factors alongside greater communication between growers and Fruitfed Supplies regionally is leading to greater control of PTM,” says Andrew.

Bharat Jivan, Managing Director of Jivan Produce in Pukekohe, joined the survey group in early December. “We struggled with PTM in last season’s dry conditions and want to better understand
PTM numbers from the survey’s weekly monitoring. This will also help us see the efficacy gained from the insecticides we apply. The data graphs received to date are useful to see population trends
in different areas around Pukekohe and the data feeds into our integrated pest management programme so we are not spraying for the sake of it.”

Pukekohe Technical Horticultural Representative Jesse Clark has had several interested growers discuss the survey with him. “This survey highlights Fruitfed Supplies’ strengths in terms of crop monitoring and agronomy. It has gained considerable support from many large scale potato growers who have previously struggled with PTM in recent years and seen considerable losses in harvestable yield. They have indicated how grateful they are that Fruitfed Supplies is frontfooting a response this season to help growers contend with this damaging pest.” 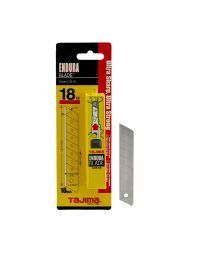 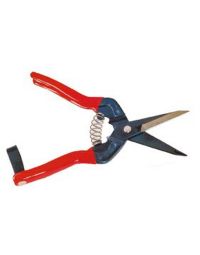 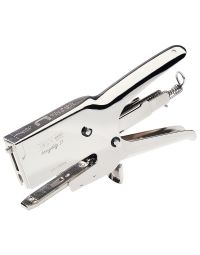