Spotlight on the soil profile 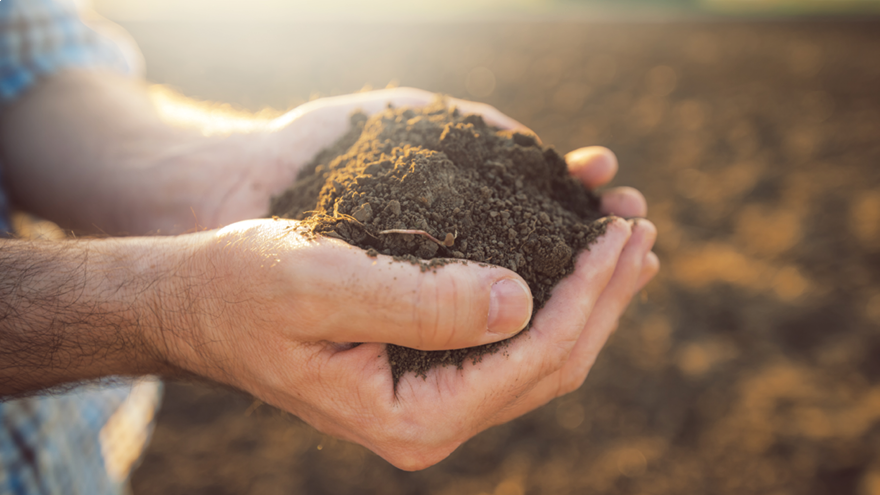 Spotlight on the soil profile

Many people owe their livelihood, directly or indirectly, to soil. But how many of us understand this valuable resource? This is a new two-part series that focuses on soil profile and highlights features to look for.

When driving around farm tracks have you noticed how the cross sections of soil that cut into a bank have a layered appearance, usually parallel to the soil surface? The soil near the top of the cross section is often dark while the soil layers below appear lighter. The layers you are viewing are called soil horizons and are part of what is called a soil profile (Figure 1).

A soil profile develops because of the soil-forming process such as weathering (the actions associated with air, water and biological activity). The greatest degree of weathering is at the top of the profile with the least at the bottom. This explains, in part, why as you go down the soil profile the colour of the soil becomes lighter and the soil itself is less structured. A soil profile has a detailed nomenclature to describe the different horizons and sub horizons that can be present. In simple terms, soils have three major or master horizons (Figure 1), the A, B and C horizons.

The A horizon
The A horizon is more commonly called ‘topsoil’. This horizon is normally the darkest layer of the soil because it has the highest concentration of organic matter. It is where the most intense biological activity is concentrated. Soil organisms such as earthworms, nematodes, fungi and bacteria inhabit this horizon. Most plants' root systems also tend to be found here as this is where most of the nutrients available to plants are located. The plant roots here also help to hold this highly critical layer of soil in place. As this is the soil layer that is most affected by land use and management, it is of the upmost importance to protect it.

The B horizon
The B horizon is more commonly called ‘subsoil’. As a rule, the B horizon is a lighter colour and is not as structured as the A horizon because it has less organic matter and more clay. Plant roots penetrate throughout this layer but not as vigorously as in the A horizon. An illuvial (transported by the downward movement of water) accumulation of Sillica (SiO2), Iron (Fe) and Aluminium (Al) can also be found in this level. The A and B horizons in soil science are called the ‘solum’, which can be defined as the surface depth of the soil where biological activity and climate effects drive the soil-forming processes.

The C Horizon
The C horizon is more commonly known as the ‘parent material’. This is the mineral layer of unconsolidated material that has been less influenced by soil-forming processes. It is called ‘parent material’ as it is what the ‘solum’ above is presumed to have formed from. This layer lacks biological activity so plant roots tend to not explore here.
While all these horizons make up the soil profile the A horizon (topsoil) provides the best environment for the growth of plant roots, microorganisms and other life. This is arguably the most valuable resource on the farm and, depending on soil type, can be deep or shallow. Whatever the depth, it must be respected and cared for as it underpins all other farming activities.