Stop the build-up of weed beet on your farm 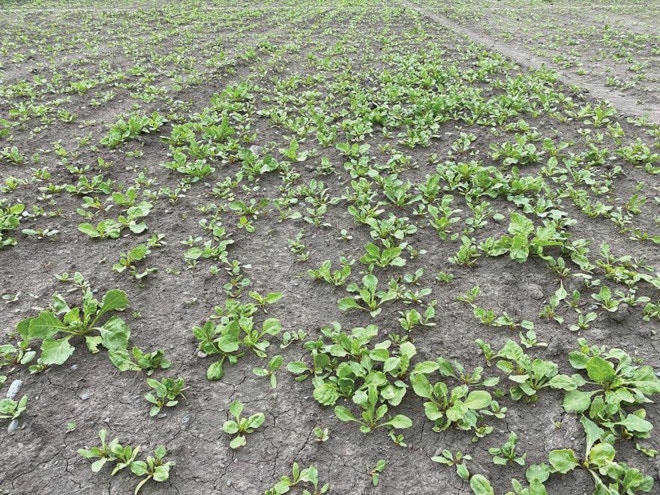 Stop the build-up of weed beet on your farm

Removing bolters from your beet crops helps to avoid the introduction of weed beet to your paddocks, minimising weeds you can’t control and slowing any soil disease build-up for future production.

Beet crops are widely grown on farms in the South Island as an important winter feed and rotation tool. Fodder beet, and to a lesser extent sugar beet, have become part of the South Island wintering system.

Beet is a member of a different plant family to brassicas and other farm crops grown for stock. This difference in plant families allows us to use it as a valuable rotation tool. Rotation allows us to create a plan for a paddock where a different crop type is planted each year or every couple of years to manage the build-up of pests and diseases, such as clubroot in brassica.

Keeping fodder beet as an option in the future requires the removal of bolters to avoid seed being dropped onto the paddock. Any viable seed dropped by a bolter can germinate in a following season. If bolters were left and viable seed formed, and then fodder beet was sown the following year, you would see the green rows of the crop but unfortunately, also large numbers of beet seed in the soil from the bolters that would have also germinated (Image 1). This situation results in a crop dominated by bolters, and there are currently no herbicide options to control this.

When beets go to seed, they form a large stem which can be up to two metres tall and has small flower structures which produce pollen to be spread by wind (Image 2). This pollen spreads to other flowers, pollinating them. The lower flowers are pollinated first. This is how you can judge if the bolters you are pulling have produced viable seed.

Remember, the aim of beet is to produce high quality, low cost feed each year for stock. To ensure you have this as an option in the future for all your paddocks, take the time to remove the bolters and prevent weed beet establishing.

If you would like some help assessing bolters on your farm, contact your local PGG Wrightson Technical Field Representative who has access to the latest agronomy information and techniques.